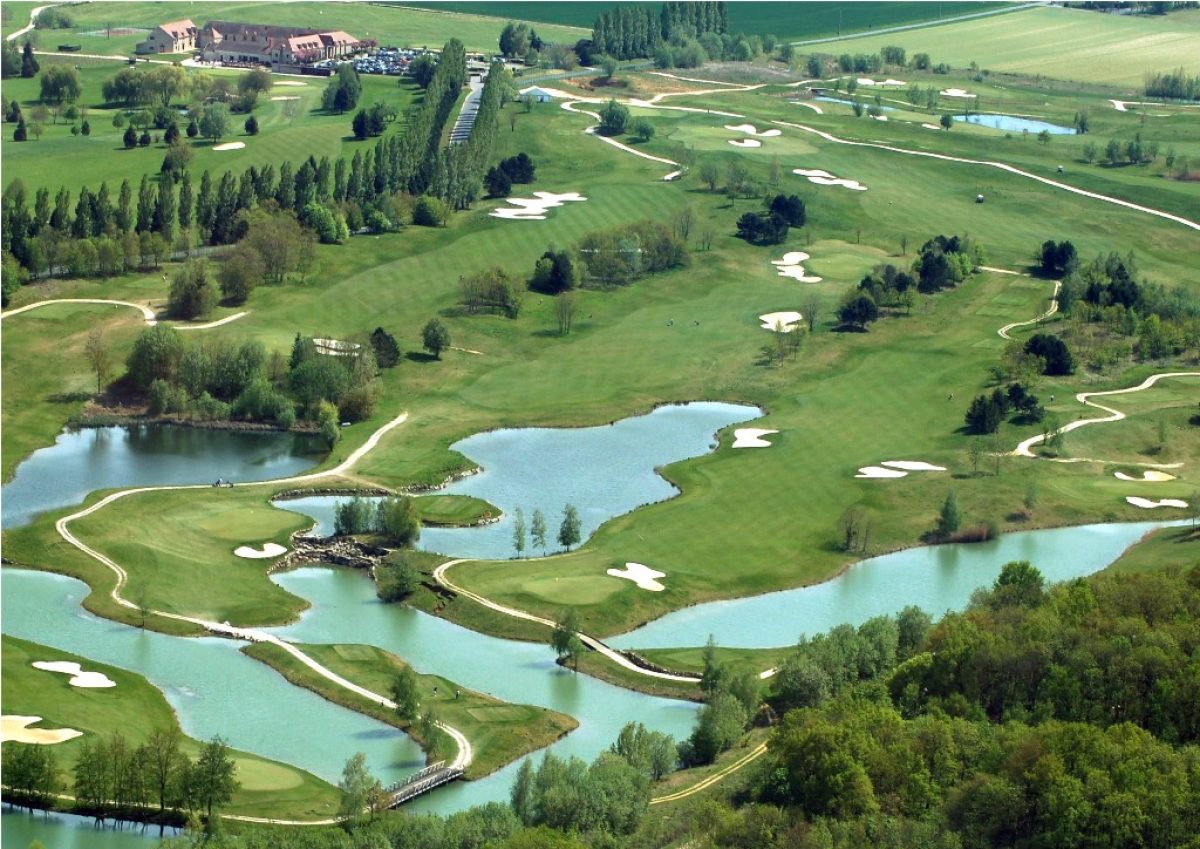 Located 40 kilometers east of Paris, not far from Eurodisney, the Domaine de la Brie provides a 9 – hole course – Le Montpichet and a prestigious 18 – hole course, Le Vignoly designed by Arnold Palmer in 2006.
Eric Vignot, the new owner of the Domaine, has decided to boost the attractiveness of these two courses, especially Le Vignoly, a genuine championship course peppered with 63 bunkers and 14 ponds that add spice to the 6641m of the course laid out by the American master.
In spite of its difficulties Le Vignoly is worth playing provided that you master getting out of the bunkers!

Click on the logo below to view current and future weather conditions for the golf course: